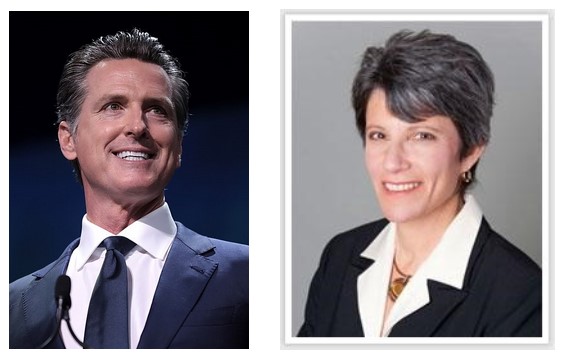 Beat the Heat and the Recalls

We joined together live and on Zoom, Thursday, July 22 at 6:30 PM at the East Rec. Center {7902 Oakmont Dr.} as the Oakmont Democratic Club resumed its monthly General Meetings with a social and presentations regarding two critical special recall elections.

District Attorney Jill Ravitch spoke live and in person about the recall that targets her. We also received a presentation on the campaign against the Republican recall of Governor Newsom. Watch to learn what the latest is on these elections and what we can do.

After watching our first live meeting in over 15 months, please consider joining the Oakmont Democratic Club.  It is a wonderful time to meet other civic-minded Oakmonters! All Oakmonters are welcome.

Funded mostly by supporters of Donald Trump and by $250,000 from the Republican National Committee, a Recall effort of Governor Gavin Newsom is set for September 14th. The same day, Sonoma County District Attorney Jill Ravitchfaces a recall funded mostly the Gallaher family.  Many believe this in retaliation for the County taking legal action against one of the Gallaher’s companies after the Tubbs Fire.

National Republicans like Newt Gingrich, Mike Huckabee and Devin Nunes have all backed the Newsom recall effort.  They believe that in a special election Republicans can pull a major upset by energizing their base while most voters are not paying close attention and not voting.  While Newsom has made some mistakes as a Governor, we are leading most states in both defeating the pandemic and in our economic recovery.

As Former Georgia State RepresentativeStacey Abrams puts it: “Governor Newsom has courageously led California through a global pandemic — putting health, science, and equity at the center of the state’s response. Republicans fought him every step of the way. Now, they are trying to overturn his election. Californians must stop the Republican recall.” Or as Senator Bernie Sanders says: “Right-wing Republicans in CA are trying to recall Gavin Newsom for the crime of telling people to wear masks and for listening to scientists during COVID. Extremist Republicans have done enough to undermine democracy already. We must all unite to oppose the recall in California.”

We heard the latest from leaders in the Stop the Republican Recall Campaign and what we can to help.

The Ravitch recall was set into motion by none other than Bill Gallaher, notorious for the proposed Elnoka development next door to Oakmont.  But also noteworthy, was his company’s negligence in the 2017 fire and for which District Attorney Ravitch sued him resulting in a $500,000 penalty.  And even though she is not running again, Gallaher wants to discredit her- and according to the Press Democrat- spent over $750,000 to collect signatures for the recall.  Subsequently, the Board of Supervisors have been forced to allocate $900,000 to hold this special election.  Could Sonoma County have used our taxes for some better cause?