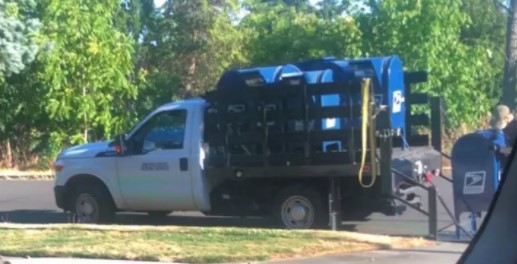 Limiting Voter Suppression and Getting Out the Vote (GOTV)

This is the ninth and final installment of my political information leading up to the November 3 election.  I plan one or more after the election.

This is the most difficult political message I have ever written, because it deals with actions we will need to take if there is a break in our democratic process – if one or more actions are taken by Trump and his followers to subvert the election.  I hope that this does not happen, but if it does we need to be ready to act to sustain our democracy for the sake of ourselves and our children and grandchildren.  After researching what would be the most impactful way of responding to a power grab, I am suggesting “Protect the Results” as the best national organization to follow and join.  Please read this information carefully and consider participating and spreading the word to your organizations, family and friends.

“Protect the Results” is organizing peaceful rallies throughout the country in the event that Trump and his followers attempt to subvert our election with an undemocratic power grab – a coup.  If/when Trump crosses that “red line”, Protect the Results groups will hold peaceful rallies to show that we, the people, will not allow our election to be stolen.  An initial rally will be followed by sustained action over the following week(s) to make it clear that we will not stop until democracy is restored.

To find out more about “Protect the Results” and the planned rallies and to sign up to be notified about events should the red lines be crossed, go to www.protecttheresults.com  and search by zip code for events near you.  Then sign up to receive notices of events should the red lines be crossed.  To understand how coups can take place, even here in the USA, watch this short video:

For those of you who live where Ginny and I live in Sonoma County, the attached flyers cover events which will be held in Santa Rosa and the City of Sonoma, should the red lines be crossed.  Each flyer includes a link to sign up to be informed about events in those two cities.  (Please note that the video in the flyer does not work properly; it is the same as the one above in this email.)

I hope wherever you live, you will share this flyer with your organizations, friends and anyone you feel should be a part of this cause.  This is not partisan; it goes to the core of our democracy.  We are trying to reach as many people as possible to build massive peaceful rallies throughout the country, if needed.  It’s important that people sign up, as the exact date and time of the first and subsequent rallies are dependent on if/when Trump acts, and “Protect the Results” organizers will only be able to communicate quickly with people who are on the lists.

If you have questions, please contact me.  I hope none of this is needed.  But, if it is, it will be the most important political action in our lifetimes.  Sincerely,  Marty

P.S.  I will be sending emails with election information through November 3 election and for a period thereafter.  If you would like to opt out of receiving these emails, please Reply and let me know.  If you have any others who would like to be added to the list, please ask them to email me.

This is the fourth installment of my political information leading up to the November 3 election.

Dear Family & Friends, When you went to bed on Election Night 2016, it looked like the Democrats did “OK”, but not the “Blue Wave” that was expected.  But over the next few weeks, as the mail-in ballots were counted, Democratic candidates for the US Senate and, especially, the US House overcame their Election Night deficits and won.  There was a “Blue Wave”!  (Where I live in California, a group of us had spent months on the ground knocking on doors for U.S. House Democratic challenger Josh Harder against a 3-term Republican incumbent.  On Election Night, we left the Harder campaign office disappointed that Josh was behind by about 2,000 votes – no Election Night Victory Party.  But over the next week, as mail-in ballots came in and were counted, Josh won by about 4,000 votes and has been serving well in the US House since.  He is favored to win re-election.)

In this November’s election, this tendency for Election Night tallies to be reversed in the following month is going to be even more extreme due to the COVID-19 Pandemic, which is driving more people to vote by mail.  Donald Trump and his Republican followers will do all  they can to declare victory on Election Night, before all mail-in votes are counted.  We need to redefine our election right now to “Election Month”, not “Election Night” – because that’s really what it is!

Fareed Zakaria on CNN covered the need for Election Month on his show last Sunday – this 5-minute segment is worth watching — https://www.cnn.com/videos/politics/2020/09/13/fareed-zakaria-take-election-night-scenario-john-roberts-gpx-vpx.cnn.  The essential takeaways are:

So Election Night results will strongly favor Trump and Republican US Senate and US House candidates.  But those results will shift over the following week and, in some cases, month.  The media, State election officials and WE, THE PEOPLE, cannot allow any candidate to declare victory on Election Night.  We need to insist on ELECTION MONTH.

Democratic State officials in Presidential Swing States and in States with close US Senate and US House races are readying their candidates and attorneys to block any attempt by Republicans to declare victory prematurely.  Particular attention is being paid by Democrats to Arizona (Swing State and Flippable Senate Race) and Wisconsin (Swing State), where Republican State officials may try to certify the election for Republicans prematurely.  Fareed Zakaria covers these in the video above.

ACTIONS TO TAKE:  The Bottom Line:  ELECTION NIGHT IS GOING TO BE DRAMATIC.  TRUMP AND SOME REPUBLICAN US SENATE AND US HOUSE CANDIDATES WILL LIKELY DECLARE VICTORY PREMATURELY.  TRUMP WILL CONTINUE TO CALL VOTING BY MAIL FRAUDULENT.  HE MAY ASK HIS SUPPORTERS TO TAKE TO THE STREETS TO DEFEND HIS AND OTHER REPUBLICANS PREMATURE VICTORY PRONOUNCEMENTS.  WHAT WE CAN DO:

Thank-you for your support.  PLEASE FORWARD THIS EMAIL TO OTHERS WHO WILL APPRECIATE THE INFORMATION AND MAY CONTRIBUTE TO OR VOLUNTEER FOR THE CANDIDATES ABOVE.  All the best, Marty

P.S.  I will be sending emails with election information through November 3 election and for a few days thereafter.  If you would like to opt out of receiving these emails, please Reply and let me know.  If you have any others who would like to be added to the list, please ask them to email me.

This is the third installment of my political information leading up to the November 3 election.

Dear Family & Friends, If you look at National Polls for President, the average polls of likely voters show:  Biden – 53%   Trump – 40%   Undecided – 7%.  A solid lead for Biden, well beyond the margin of error.  BUT, of course, there’s the darned Electoral College, which shouldn’t exist in my opinion, but does – and that means THE PRESIDENT WILL  BE ELECTED BY ELECTORS AND NOT THE PEOPLE’S POPULAR VOTE!

THE GOOD NEWS — Biden needs only 47 of the 161 Toss-Up Electoral Votes to Win!

THE BAD NEWS – In 2016, Trump won 151 of these 161 Electoral Votes and Clinton won only 10!  And, at this point in the 2016 race, Clinton had a larger lead over Trump in 5 of the Swing States.  Finally, there is the matter of Republican Voter Suppression, especially in Swing States (discussed in my last email) and the greater difficulty in Getting out the Vote (GOTV) due to the pandemic.

I believe that Biden can and will win by taking New Hampshire and Nevada as Clinton did in 2016, with a total of 10 Electoral Votes.  Then adding Wisconsin, Michigan and Pennsylvania, with a total of 44 Electoral Votes.  These are the 3 States Trump won by a total of 80,000 votes, less than 1% of the total cast, and in which Joe Biden’s working class roots will resonate over Trump, who did not deliver as promised to the working class.  Total of 54 Electoral Votes, squeaking by the 47 needed to win.  Joe also has a good chance to win in many of the other Swing States.

ACTIONS TO TAKE:  The Bottom Line:  It is Going to be Close – And Joe’s Win will be dependent on Turnout – GOTV!  IF TURNOUT IS HIGH, DEMOCRATS WIN!  How can each of us help GOTV.

Thank-you for your support.  PLEASE FORWARD THIS EMAIL TO OTHERS WHO WILL APPRECIATE THE INFORMATION AND MAY CONTRIBUTE TO OR VOLUNTEER AT THE ORGANIZATIONS ABOVE.  All the best, Marty

P.S.  I will be sending emails with election information through November 3 election and for a few days thereafter.  If you would like to opt out of receiving these emails, please Reply and let me know.  If you have any others who would like to be added to the list, please ask them to email me.